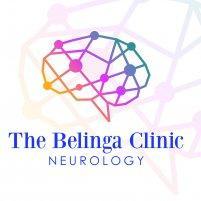 Around 60,000 women and men in the United States receive a diagnosis of Parkinson’s disease each year. This progressive condition causes tremors, muscle stiffness, and a gradual loss of motor control. Steve-Felix Belinga, MD, and his caring team at The Belinga Clinic help patients with Parkinson’s disease manage their symptoms so they can perform daily tasks and participate in the activities they enjoy. For skilled care for Parkinson’s disease from a trusted provider, schedule an evaluation with Dr. Belinga. Call the office in Fort Smith, Arkansas, or request an appointment online today.

What is Parkinson’s disease?

Parkinson’s disease is a neurological disorder that damages or destroys neurons (nerve cells) that produce the neurotransmitter dopamine. Abnormally low levels of dopamine in the brain impair your ability to control movement. It also affects neurons that control some of the body’s automatic processes, such as heart rate and digestive function.

Parkinson’s has no known cure, and it’s a chronic disease that becomes worse over time. However, medical management can help reduce the severity of symptoms and preserve your quality of life. Dr. Belinga has extensive experience providing personalized care for Parkinson’s disease, so you can continue to lead a full, productive life.

So far, researchers haven’t identified the exact cause of Parkinson’s disease. A variety of factors likely contribute to the condition, such as genetics and exposure to environmental toxins.

Although scientists have identified some genetic mutations that increase Parkinson’s disease's risk, it doesn’t often occur in members of the same family. Age increases risk, and most cases develop in patients over the age of 60. Men have a higher risk for Parkinson’s disease than women.

What are the symptoms of Parkinson’s disease?

Parkinson’s symptoms vary between individuals, but it does have some common symptoms, including:

In addition, you may have difficulty chewing, swallowing, or speaking, and you could experience urinary and bowel issues, skin problems, and mood disorders, such as depression.

How does a doctor treat Parkinson’s disease?

Dr. Belinga has the expertise to significantly reduce the impact Parkinson’s disease has on your life. He designs a customized management plan depending on your individual symptoms, medical history, and other factors. He might recommend medications that increase dopamine levels and reduce tremor and stiffness. He may also suggest physical or occupational therapy.

Some patients benefit from deep brain stimulation (DBS), a treatment in which a surgically implanted device electrically stimulates areas of the brain. This painless treatment can improve many of the movement-related symptoms.

To learn more about effective management for Parkinson’s disease, schedule an evaluation with Dr. Belinga. Call The Belinga Clinic today, or make an appointment online.